Hurricane Florence And Its Impact on Businesses 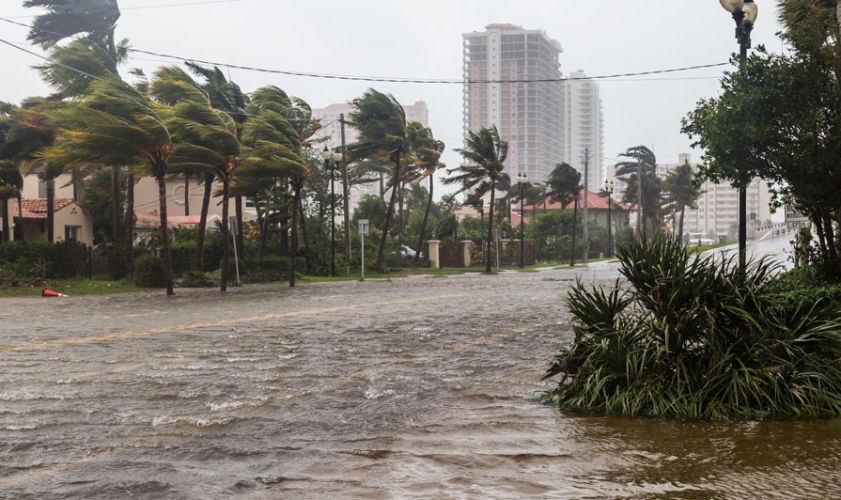 Hurricane Florence caused over 40 deaths, countless civilian injuries and damage to property in the Carolinas. It resulted in financial losses of $45 billion for property damage and $28.5 billion due to flooding.

Originating from a tropical wave in the low altitude region of West Africa, Cape Verde Hurricanes such as Florence (and Ivan and Irma before it) are some of the largest and most ferocious to arrive in the United States during hurricane season. With maximum wind speeds of up to 140 mph and a central pressure of 939 millibars, this hurricane was clocked as the eighth-wettest in the history of mainland United States.

People affected by Florence suffered losses to their livelihoods, with businesses big and small falling victim to the wrath of nature.

The damage from Hurricane Florence and its aftermath

The damage from the devastating hurricane has been widespread, and the areas and people affected are still working hard at recovering from this event. An image gallery published by The Atlantic puts the scope of the damage into perspective.

The effects of flooding in the aftermath of the hurricane slowed down the efforts for rescue and rehabilitation as well as rebuilding.

Another wrench in the rebuilding of the Carolinas in the wake of Florence has been the arrival of Tropical Storm Michael. The storm has also forced the Carolina natives to batten down the hatches rather than move forward, slowing progress down further, and making situations worse for people who have already suffered so much.

Businesses big and small grind to a halt

A lot of commercial activity came to a standstill in the states of North and South Carolina. Businesses and industries affected included agriculture, poultry, tourism and hospitality, and the automotive industry.

The damage to businesses, however, runs deeper than just halted operations. Business Insider reports that farmers faced losses expected to seep into the billions as Florence hit before harvesting was completed and caused unavoidable damage to crops.

The region of Charleston suffered an estimated $111.3 million in tourism-related losses, a staggering amount for a town that relies on tourism as one of its major industries. The seafood industry and coastal restaurants that rely on this industry for their daily fare have both come to a standstill. Even the pork and poultry industry has suffered large-scale damage at the hands of Hurricane Florence with NC state officials estimating a loss of 3.4 million chickens and turkeys, and over 5,000 pigs.

The automotive industry has been affected as well, as car dealers and manufacturing plants of global companies such as Volvo and Mercedes-Benz have had to shut down operations in the area.

South Carolina is a golfing haven, with close to 100 courses attracting millions of players every year. Golf clubs faced various levels of impact and different paths to recovery. While some courses saw flooded greens and hundreds of trees fallen that could mean weeks of business lost, many courses along the Carolina’s Grand Strand coastline were spared serious structural damage. However, clubs that only had to deal with debris collection and wet grounds are almost ready for the fall golf season.

Bringing businesses back to life

There is a ray of hope as the government steps up to help, and there are temporary recovery solutions that can be explored as well. For instance, the U.S. Small Business Administration is offering loans of up to $2 million to help small business owners rebuild their livelihood.

The Federal Emergency Management Agency or FEMA has also unveiled trailers for victims to live out of while their homes are being repaired. For situations that demand immediate storage or temporary office space, portable storage containers and office containers can be rented to ease recovery from hurricane destruction and flooding. Portability, durability and quick availability make containers ideal for disaster relief operations.

In these difficult times, our team at Mobile Modular Portable Storage stands by our employees, businesses, and communities that have suffered loss in this hurricane season. As we walk the road to recovery, we continue to strive to do what we do best – delivering storage solutions when you need them the most.

Our representatives are available on call if you need to use containers as a base of operations, as temporary offices for businesses recovering from the disaster, as temporary storage for salvaged work, or for secure storage of valuable belongings. To find out more about how we can help recovery efforts, contact us today.