Nine Avengers Who Inspire Us To Be Customer Superheroes! 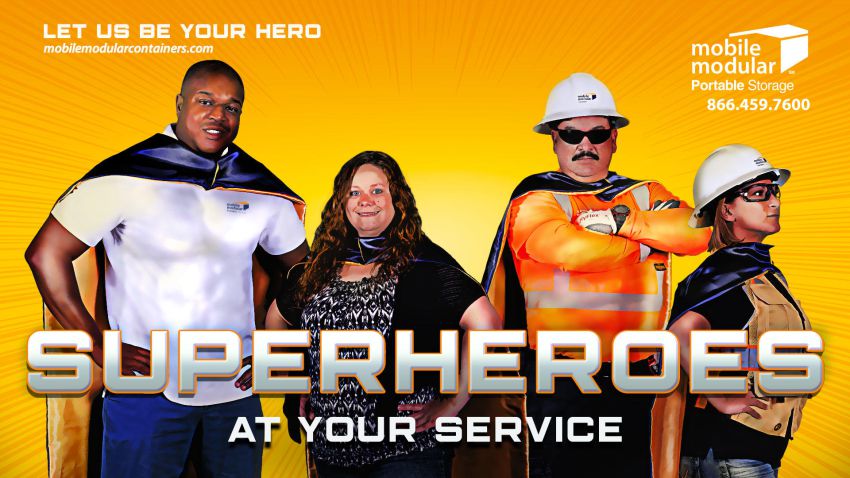 If this Avengers: Endgame trailer is anything to go by, we know it’s going to be an epic pinnacle of all things Marvel.

For us, the Avengers are more than just superheroes. We draw inspiration from them as well as real-life heroes; because, we believe being a superhero is, more than anything else, an attitude.

Being a “superhero” at work means to “go above and beyond” - An attitude that gets noticed by our customers.

Here’s a look at some of our favorite Avengers and how they inspire us with that ‘superhero’ streak.

1. ‘Iron’ing Out Results in Style

“Building a good customer experience does not happen by accident. It happens by design.” - Clare Muscutt

This quote stands for all that Iron Man is. Tony Stark is a futurist, always thinking about how the events of today will affect tomorrow. He is practical, determined, an expert businessman and his most endearing trait is his sharp wit.

Smart enough to predict major events; Tony was able to anticipate the Civil War event years before it happened. Despite his misgivings about partnering with the government, he saw that the benefits of associating with the government far outweighed the consequences (albeit by playing cards close to his chest). His uncanny ability to improvise against all odds, like when he used a kid’s garage to get his suit functioning again in Iron Man 3, shows us that the real Iron Man is more than fancy tech and cool gadgets.

Iron Man inspires us because you have to plan ahead to accomplish goals and have contingencies in place to genuinely help those you serve.

For the most part, Dr. Bruce Banner lives an anguished life caught between the soft-spoken scientist he’s always been and the green fighting machine he turns into. Although the Hulk has been pursued by those who want to use his immense power for the wrong purposes, he never gives in.

Instead, Banner tries to tame the beast and tries all he can to keep the Hulk from being unleashed. Looks like he finally succeeded in his efforts! Despite provocation, the Hulk refused to show up in Avengers: Infinity War. This causes Banner to dip into his inner strength and convictions when he needed to fight Thanos’ army.

Of course, we all love The Hulk for his unintended comedy right from the beginning, like when he decides to put an end to Loki’s ‘I am a God’ monologue.

The Hulk inspires us because he never leaves a task unfinished, and totally dominates when he is done. Hulk Smash!

3. Black Widow – One Step Ahead

Natasha Romanoff exudes confidence and the ability to outwit the enemy with panache. She doesn’t let anything come in the way of a task and never breaks a sweat! For instance, Black Widow’s introduction in The Avengers where she is being interrogated by the Russians.

Natasha realizes that she has to go and by then she had exhausted the Russians’ usefulness anyway. So with a few deft moves, she takes all of them down without as much as a run in her stocking.

We do not face anything near what Black Widow endures in the Avengers franchise. But we love what Black Widow brings to the team – she thinks on her feet and is always one step ahead of things – that’s a winning quality. Customers love it when we identify problems before they occur, such as potential issues with where they plan to place containers.

Besides his godly powers, one of Thor’s outstanding qualities is his loyalty. Despite being betrayed by Loki, Thor is ready to forgive his adopted brother. He knows that Loki’s actions are a backlash to their childhood and he feels it is his responsibility to stop Loki. In addition, he cannot hate his brother.

In Thor: Ragnarok, Thor was willing to work with Loki to achieve a time-critical objective; the safety of Asgard. And if anyone ever thought this Avenger was just a Shakespeare-in-the-park idealist (looking at you, Iron Man) remember that it was Thor’s decisive leadership that saves the people of Asgard in the nick of time before the destruction of Asgard.

It takes a real superhero to know it is not about the things. It’s really about the people.

Thor’s loyalty is an amazing trait, fit for emulating in every walk of life, especially in the workplace.

In the entire Avengers franchise, the one guy you can count on to stay true to his character is Captain America. He has a deep sense of integrity and a moral center that cannot be shaken. Just as often as he faces ethical dilemmas, he always tries to do the right thing even when doing so is immensely difficult.

And for all the fame he has won over the years, Steve Rogers is astonishingly modest. He never rests on his laurels. He's always generous in his praise of the team, while not thinking so much about his contributions.

These are the qualities that draw the Avengers to him, to follow his lead. The Captain inspires us at work – because unwavering integrity matters and leading is not about the limelight. Instead, it’s about letting our work speak for itself.

The world’s sharpest marksman, Hawkeye has flawless accuracy and tactical prowess. And have you noticed how he picks his targets? He is a master strategist at work!

Another appealing quality of Hawkeye is that he never forgets his teammates. After destroying Ultron, Clint Barton returns home as promised and retires from the Avengers. The Bartons name their newborn son Nathaniel Pietro Barton after Black Widow, his closest ally, and in memory of Pietro (Quicksilver), who had taken all the bullets that Ultron had unleashed at Hawkeye, saving his life.

A tragedy in his early years left Pietro Maximoff seeking revenge against weapons manufacturer Tony Stark. Although he comes across as cocky and hotheaded, Pietro doesn’t want power for personal gain; he just wants to protect his war-torn people.

While he is not great at playing well with others and doesn’t trust people easily, Quicksilver chooses to fight for justice and finds a way to work with the other side. He also decides to give up his life to save Hawkeye and a young boy from Ultron’s barrage of bullets.

Would you give up your future to help a teammate in distress? Quicksilver inspires us to bring the ever-so-important qualities of selflessness and sacrifice to our jobs.

8. Ant-Man – Even the Smallest Job Matters

This clever and impressive Avenger possesses advanced knowledge of electronics and is an avid inventor. To protect his daughter, Scott Lang steals the Ant-Man suit, and in the process, becomes a hero. When Thanos snaps his finger in Avengers: Infinity War and decimates half the population, the surviving Avengers think Ant-Man is dead too. We hope you did not miss his return at the end of the Avengers: Endgame trailer!

Ant-Man helps us understand that as a team, we are all important in the wheel of an organization and no role is too small – each delivery, each document and every single customer matters.

Never one to turn down a challenge, Peter Parker is a high school student who forces the other Avengers to sit up and take notice of his abilities. Spider-Man contributes untiringly to the common goals of the superhero team.

As Peter Parker, he is sharp and intelligent. As Spider-Man, he is serious and motivated. He is goofy and fun to work with, bringing comic sense to diffuse tense situations. Now, who doesn’t love that co-worker who brings humor to work?

Spider-Man reminds us of this driver in our team who went above and beyond, and walked away with this raving review from a happy customer.

“Your drivers are the absolute most helpful. He busted his butt trying to get that container removed. I’m very appreciative of Portable Storage’s help.” - Gillian Pfeffer (Discount Waste, Inc.)

Who are customer superheroes?

Like we said, being a “superhero” is more than just about power. It’s an attitude. At Mobile Modular Portable Storage, Customer Superheroes love to take on challenges and to go above and beyond at work. And as Josh McBride explained in the video below, we thrive on going the extra mile in our relationships with customers.

It is a winning combination of these qualities that can bring even the dreaded Thanos down in the upcoming Avengers: Endgame. Are you ready? Bring it on, Thanos!