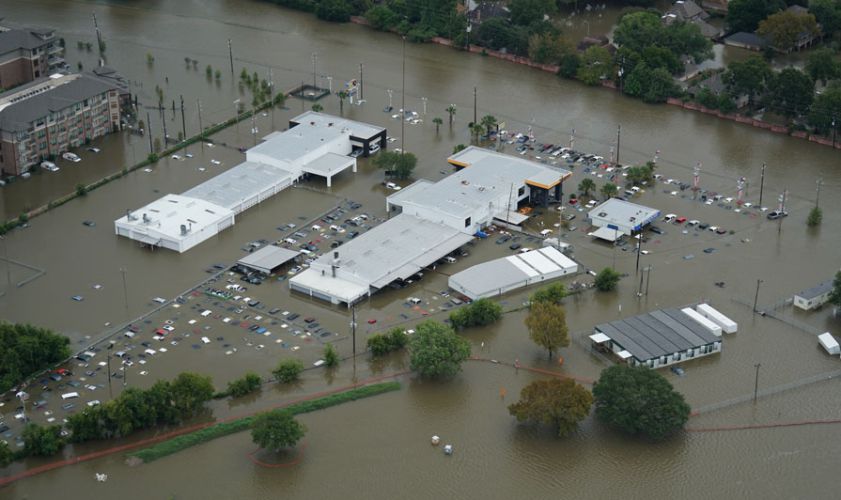 The damage due to Hurricane Irma dealt a major blow to businesses. FEMA reported approximately 2,148,134 potentially impacted businesses in Florida, Georgia, Puerto Rico, and the Virgin Islands. While the post-disaster recovery has started, long-term rebuilding will be an uphill battle for many businesses.

Which businesses were affected the most?

1. Tourism. The Sunshine State is synonymous with theme parks and amusement parks, all of which make a $90 billion industry. In 2016, 68 million tourists visited Orlando. But in the wake of Irma, many parks were worried about keeping those numbers up. Dennis Spiegel, president of International Theme Park Services, said for tourists, “These trips are planned six to eight months in advance, with the average family of four spending somewhere in the $7 to $8 thousand range. If you’ve lost a day, you’ve lost that day, and you can’t get it back.” Infrastructure damage to parks and hotels nearby were the number one fear.

Florida’s tourism industry also supports many small businesses that employ a majority of the 1.4 million working in hospitality and tourism in the state. Many restaurants, outdoor beach bars, bookshops, souvenir stores, small eateries, and hundreds of shops have all been badly affected. Rebuilding after a disaster is one herculean task that places a huge financial burden on businesses operating on slim margins.

2. Manufacturing. In the days immediately after Irma, several manufacturing units had to shut down as facilities and warehouses were damaged.  Tyson Foods Inc., the biggest US meat company, had to shut meat plants in Florida and Georgia in the aftermath. Fertilizer company Mosaic Co. suffered damage to one of their fertilizer warehouses at Bartow, Florida. Mosaic Co.’s business, with both domestic and international companies, was negatively affected since they weren’t able to make offers after doubt over the availability of products and shipping conditions.

3. Retail. The impact on the retail industry was both good and bad. While sales for grocers, home centers, and mass merchants soared just before the storm, those retailers who sell clothing and other items experienced a dip in sales. This applied to both online and brick and mortar shops.

Overall, Florida saw a 55.7 percent week-over-week drop (or 39.1% year-over-year) in retail spending at the apex of Hurricane Irma. National retailers including Wal-Mart, Target, The Home Depot, and hundreds of other smaller stores shut shop both before and after Irma. The hurricane also caused damage to retail stores, distribution centers, and warehouses.

4. Agriculture. Did you miss pecans this Thanksgiving? Georgia did! Irma caused significant losses to pecan, citruses, and cotton in Georgia and Florida. US Agriculture Secretary Sonny Perdue, talking about the affected pecan orchards in Georgia, reported that there might have been a 20 to 30 percent loss across the state. The effects will be felt another five to seven years from now, since it will take a few years for new trees to yield fruit.

Meanwhile in Florida, the state requested $2.5 billion for federal disaster relief to help its agriculture industry, and this may not be enough considering the loss to the citrus industry alone amounts to $1 billion. Besides this, vegetable and fruit growers are said to lose $180 million in damages.

The $2.5 billion estimate is meant to take care of infrastructure, equipment, and other items over and above damage to crops. Countless framers and businesses dependent on agricultural produce are still reeling under the impacts of Irma.

6. Automotive. Hyundai Motor Co. and Kia Motors Corp. temporarily shut down plants due to Irma. The suspension of their plants affected the production of about 3,000 vehicles, but the effects go beyond just those figures. The hurricane came at a bad time for Hyundai, whose US sales were down nearly 11% till July. Vehicle dealerships and service garages in Florida were not spared. Cox Automotive estimates that the storm destroyed 200,000 to 400,000 vehicles in Florida.

7. Education. Schools across Florida, Georgia, and the Gulf Coast have all been affected by Irma in some way or the other. Millions of students were out of school for days. The damage affected classrooms and materials like books, furniture, classroom supplies, and technology.

Rebuilding after a disaster like Irma takes weeks. During ongoing recovery efforts, many businesses need temporary portable storage and office spaces immediately to resume operations. Shipping containers provide quick and easy office and storage solutions for a variety of businesses. You can use portable shipping containers as storage for:

Mobile Modular Portable Storage has been providing shipping containers to a variety of industries across the country. We offer an easy 30-day rental as opposed to a 28-day rental cycle, which means you get two extra days on your plan. Moreover, we have our own fleet of trucks and trailers, so you don’t need to worry about unnecessary delays in delivery. If you’re looking for business storage after Hurricane Irma, contact us today.